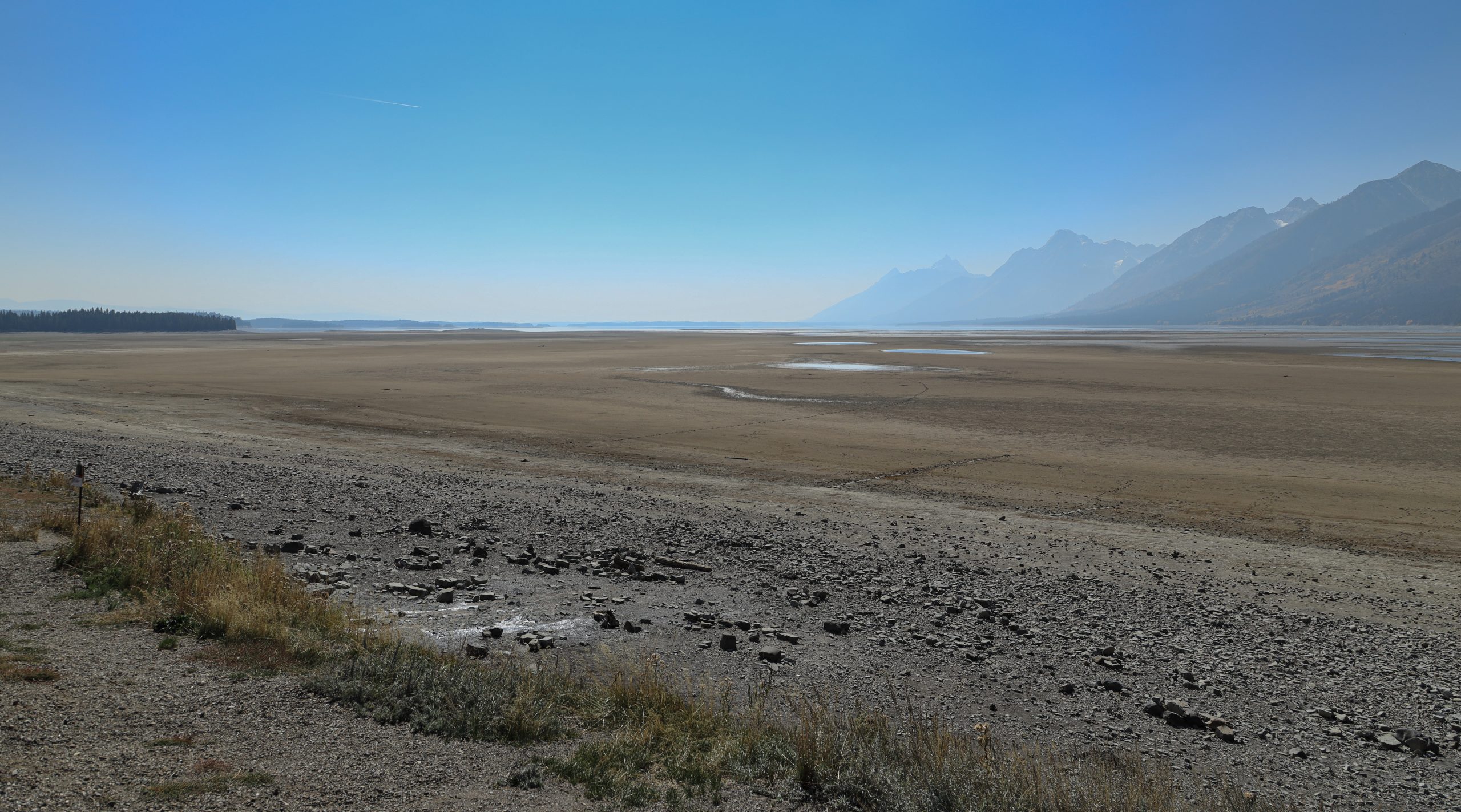 I’ve visited Grand Teton National Park every year over the last three decades. None of those visits prepared me for what I saw this year: the grandeur of Jackson Lake drained to a fraction of its former glory. I cannot claim to be an ecologist. Nor do I fully understand the myriad competing interests that have, over the last century, dammed the Snake River in fifteen places to provide irrigation water, electricity and enhanced navigation.

The fifty mile section of the Snake I’ve come to love rises at Yellowstone National Park and winds west and south to the first dam at Jackson Lake in Grand Teton National Park. Climate change and exceptional drought has prompted Idaho farmers to drain down the lake level to historic lows. This in turn forced the closing of marinas and overnight erased one of the most iconic scenes in North America: the Grand Teton Range as reflected in the waters of Jackson Lake.

For over a century, the Snake has suffered greatly at the hands of humans. Unregulated agricultural runoff has severely damaged the ecology of the river. Dams have blocked salmon migration. More recently rising water temperature (due to dams in the lower Snake area) have decimated Salmon populations resulting in economic losses to the fishing industry.

For all these terrible costs, at least we could say that Jackson Hole has reaped benefits from the beauty of its Lake. Except for the fact that the lake is now mostly gone. Will tourists still come and book an expensive hotel room that looks out on a depressing dry lake bed, featuring smoky skies from western wildfires. What will happen to the tourism related economy based based around Jackson Lake and Grand Teton Park?

Some might say that Jackson Lake is now an eyesore despite its magnificent mountain setting. Add that to the bickering multiple interests around water rights and the continuing degradation of the Snake River ecosystem and we are left with a depressing litany of poor stewardship. The future doesn’t look bright for anyone concerned.